Lonewolf, among many soldiers, took several classes that were required during his military training, including “Survival Escape/Evasion” & “POW Training” in 1972.  Also he was trained in “Nuclear Biological & Chemical Warfare” AND “Combat Infantry”, & received Expert Medal for the M16 & many other weapons- ALSO anti-personnel traps & snares & hand-to-hand combat.  In 1973 he trained in “Cold Weather Arctic Mountain Survival” in the U.S. Army Alaska.  Here is the patch he wore: 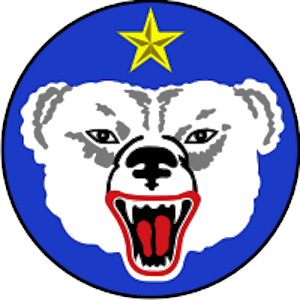 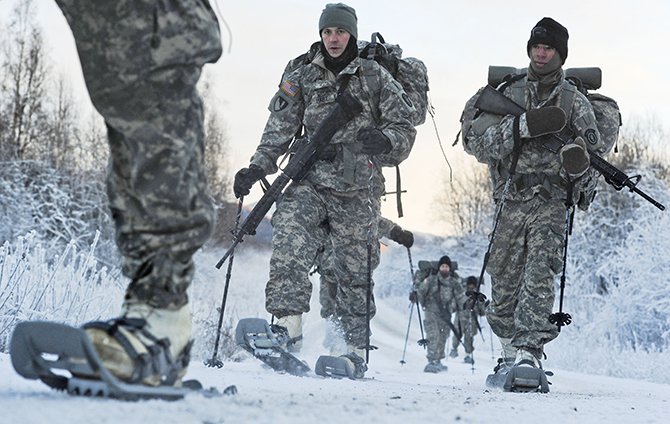 Above:  This photo from NewsTribune.com shows soldiers training in Alaska from Fort Richardson for cold weather survival training.

Several credential letters are listed below, but first- a story that happened in Fort Ord, California: 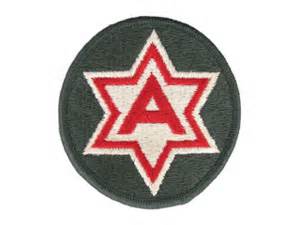 “During my training all the soldiers were asked to drink chicken’s blood and to eat a raw chicken liver by the special forces instructor; he drank the blood first.  I’m the only one that raised my hand, and he handed me the liver and the blood — and I drank and ate; that’s when he said, ‘This man will live, and all you other soldiers will die.‘

After he said that, I pointed out the Oak Tree we were all sitting under, and asked, ‘What about the acorns?‘

The sergeant replied, ‘You don’t have time for that.‘ What he didn’t know is that acorns could be made into flour in less than a day.  I’m rather sure he didn’t know the medicinal uses of the Oak either — such as mouthwash, burn ointments, and even as penicillin.  That doesn’t include the edible uses — pancakes, pies, muffins, biscuits, and more — and those are just a few of the uses for Oak.  I was only 18 at the time, and now I’m 60 years old- still teaching a vast knowledge of wilderness living & survival skills — those aren’t the same things by the way.’ 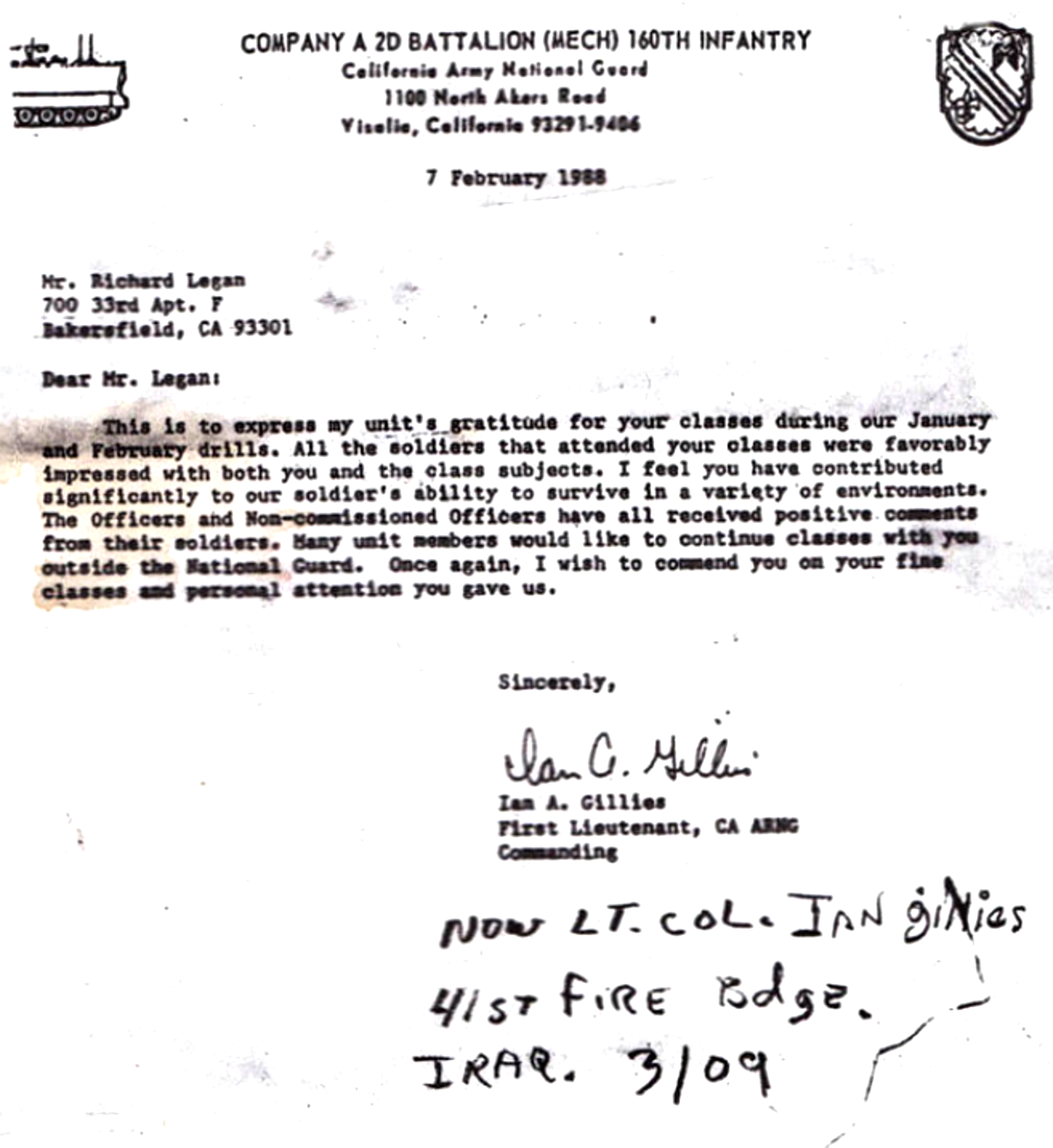 From the U.S. Army, where Lonewolf set “a higher standard of excellence” while teaching with the previous school he founded, Survival Training Schools of California (prior to founding Richard Lonewolf Survival School): 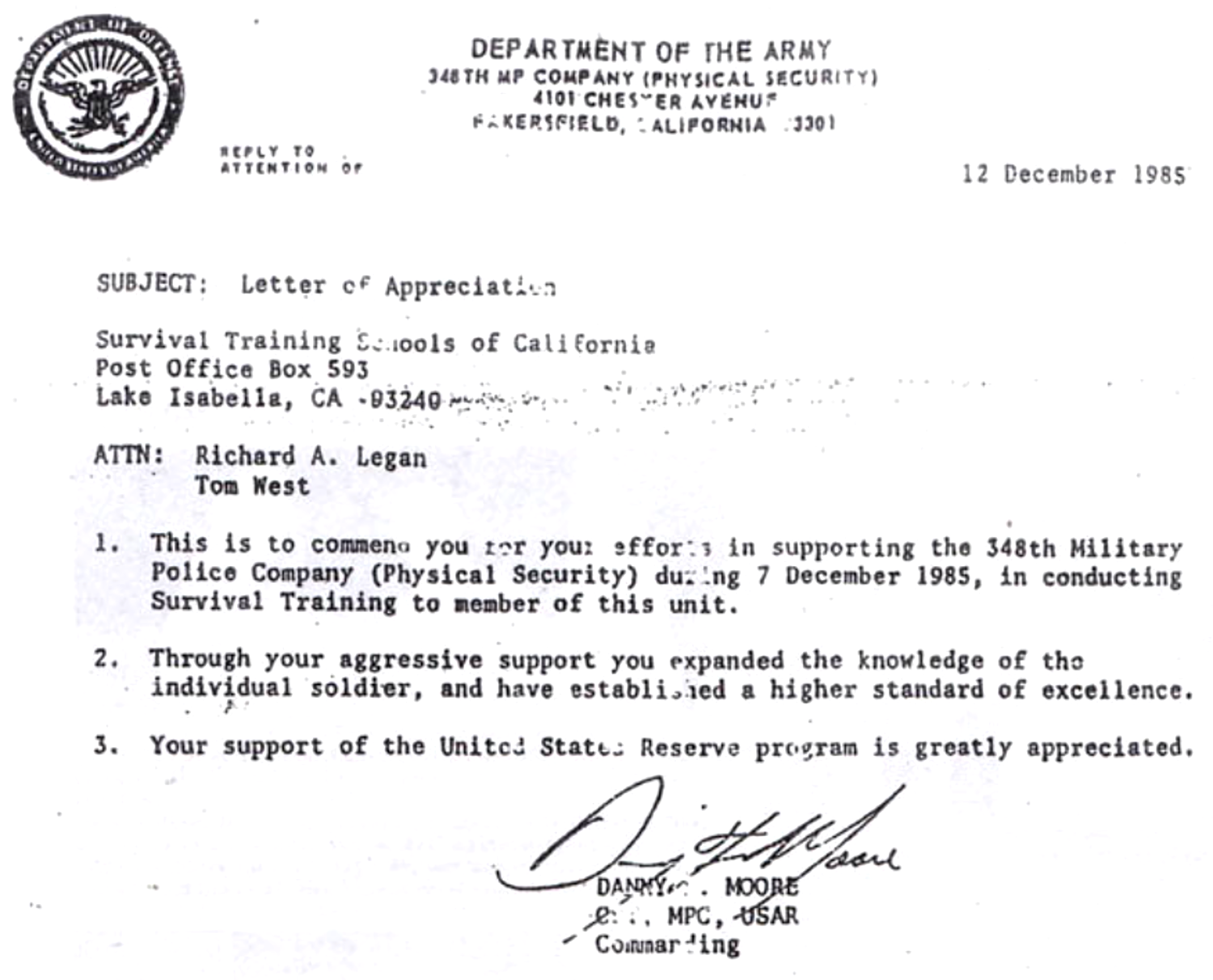 His vast knowledge of scientific names of plants, ability to spot identify them (in the field), and extensive knowledge regarding their uses also led him to teaching The California Native Plant Society: 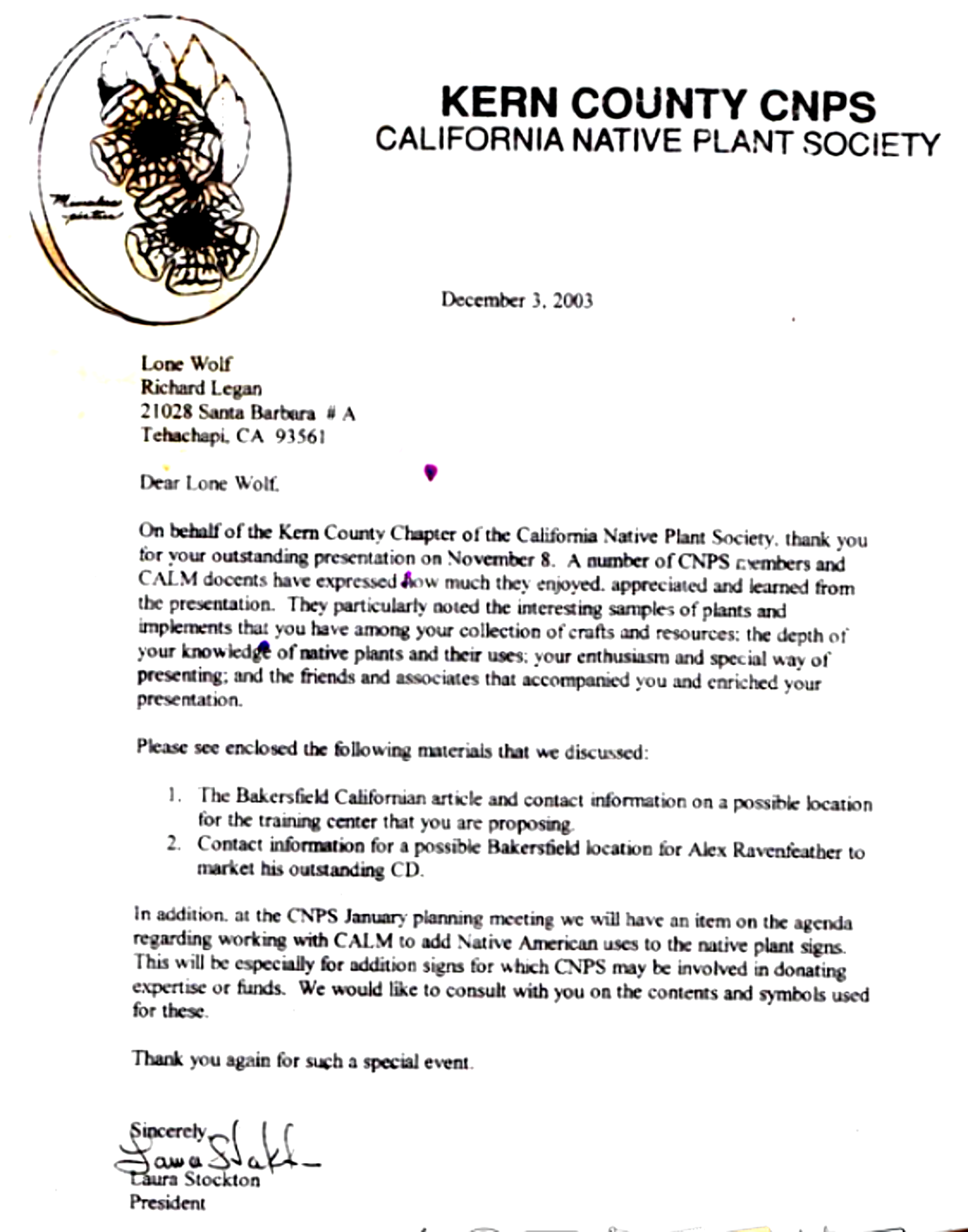 A “Letter of Commendation” from The Monterey Center of Alameda from 2015: 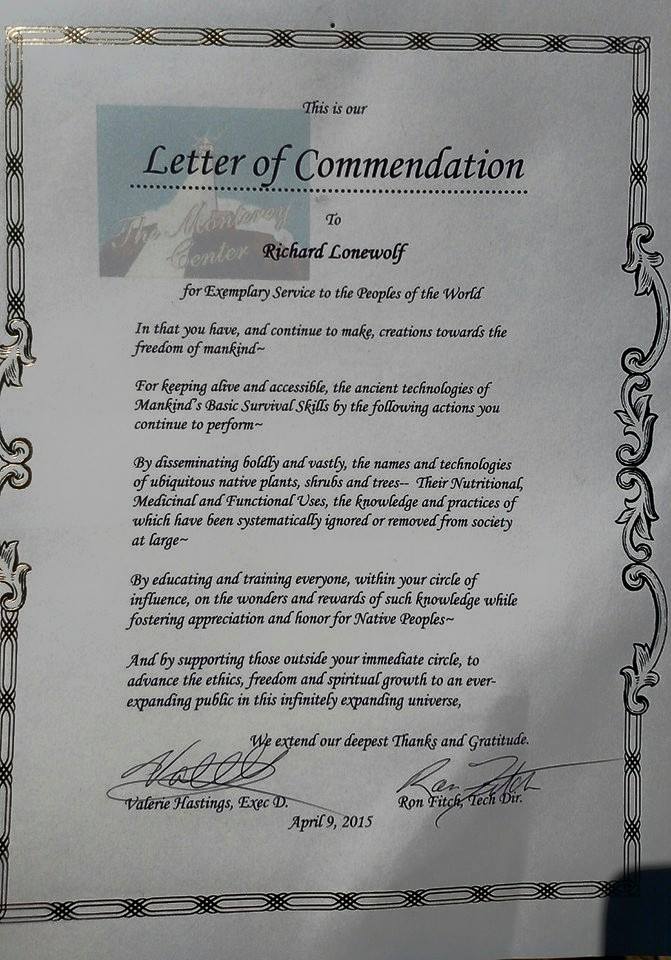 He’s taught at Cal State University, and many others which are listed on the front page of this website: 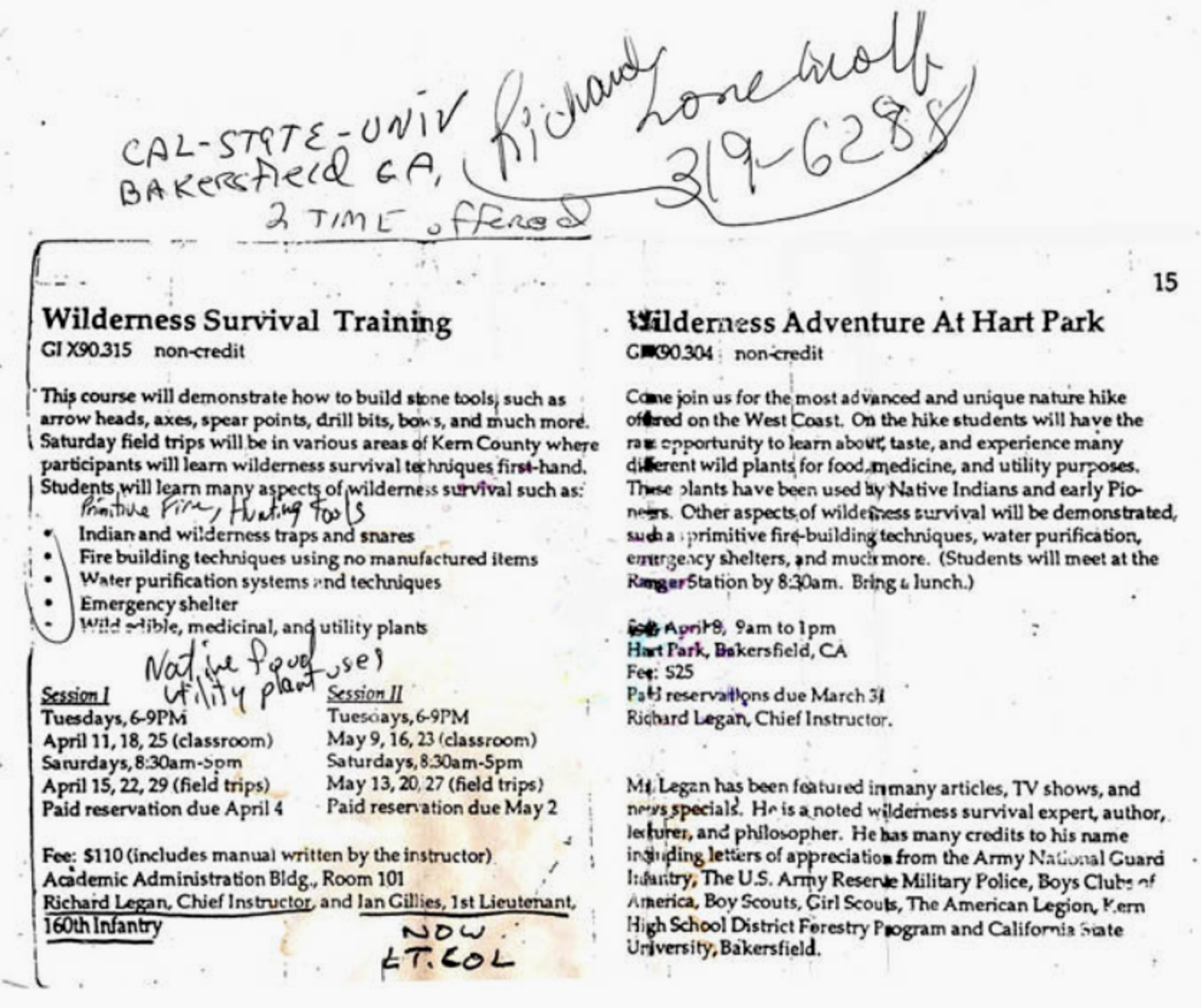 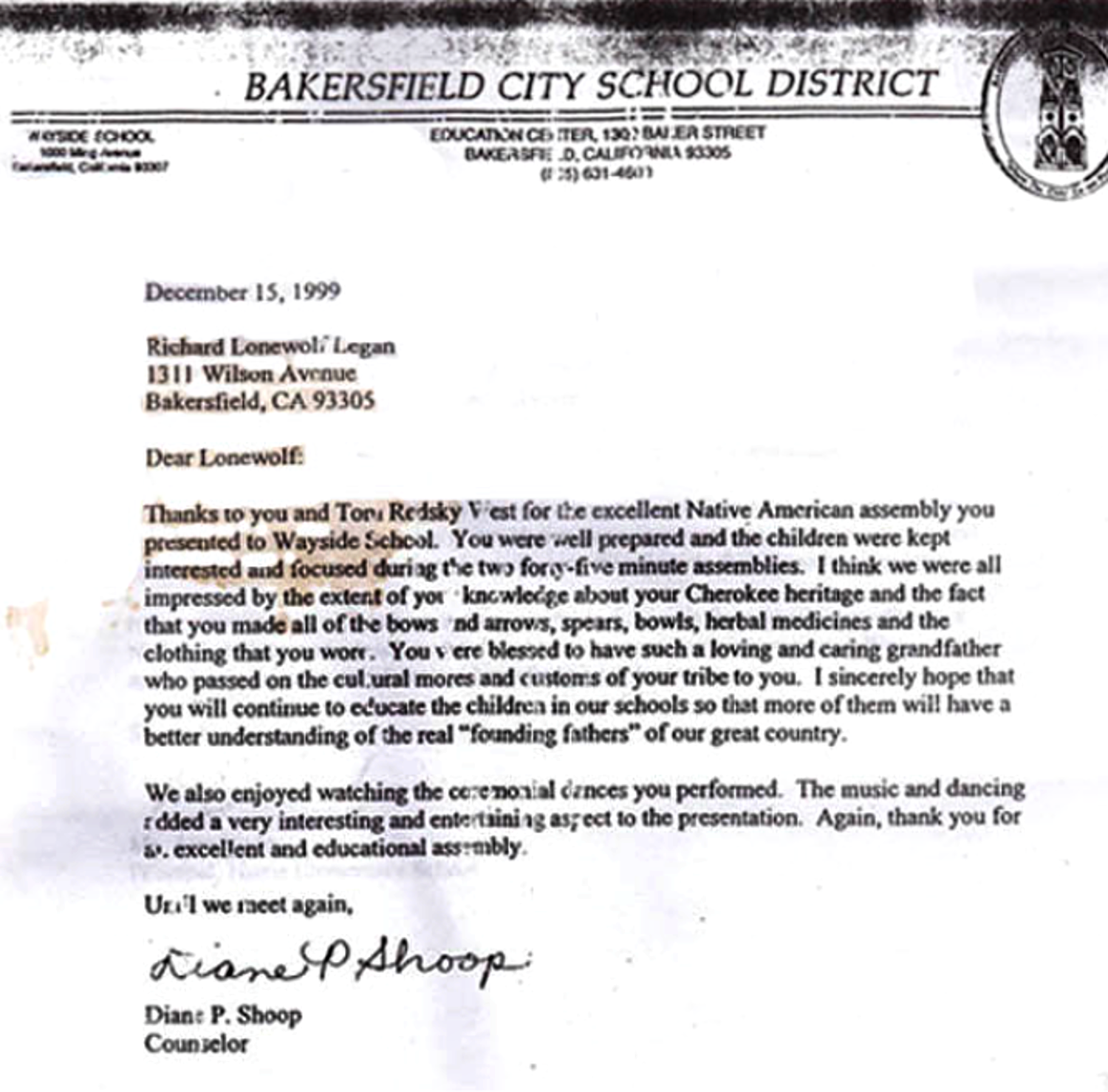 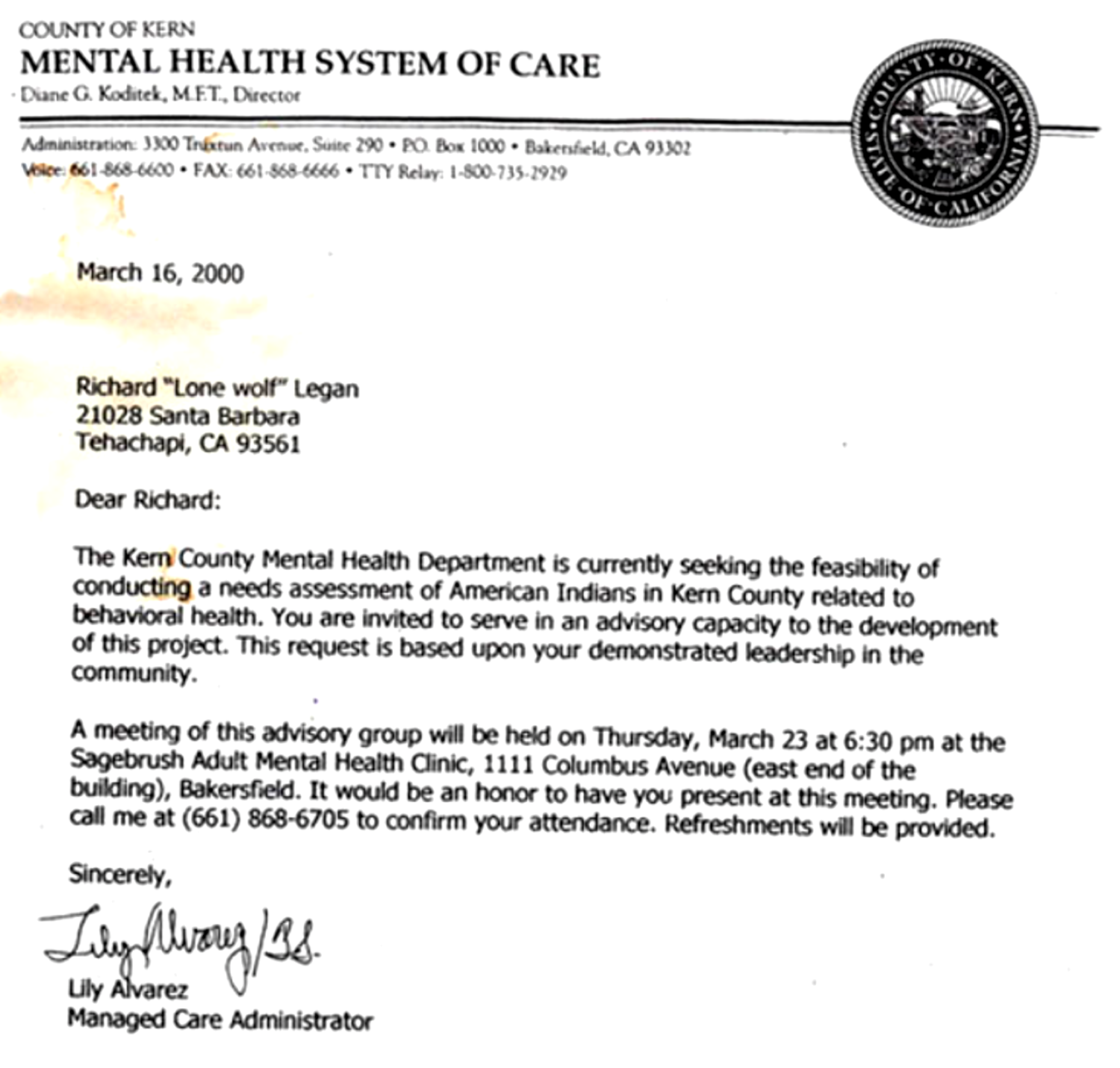 AND thousands of children, including Munsey Elementary in Bakersfield, California: 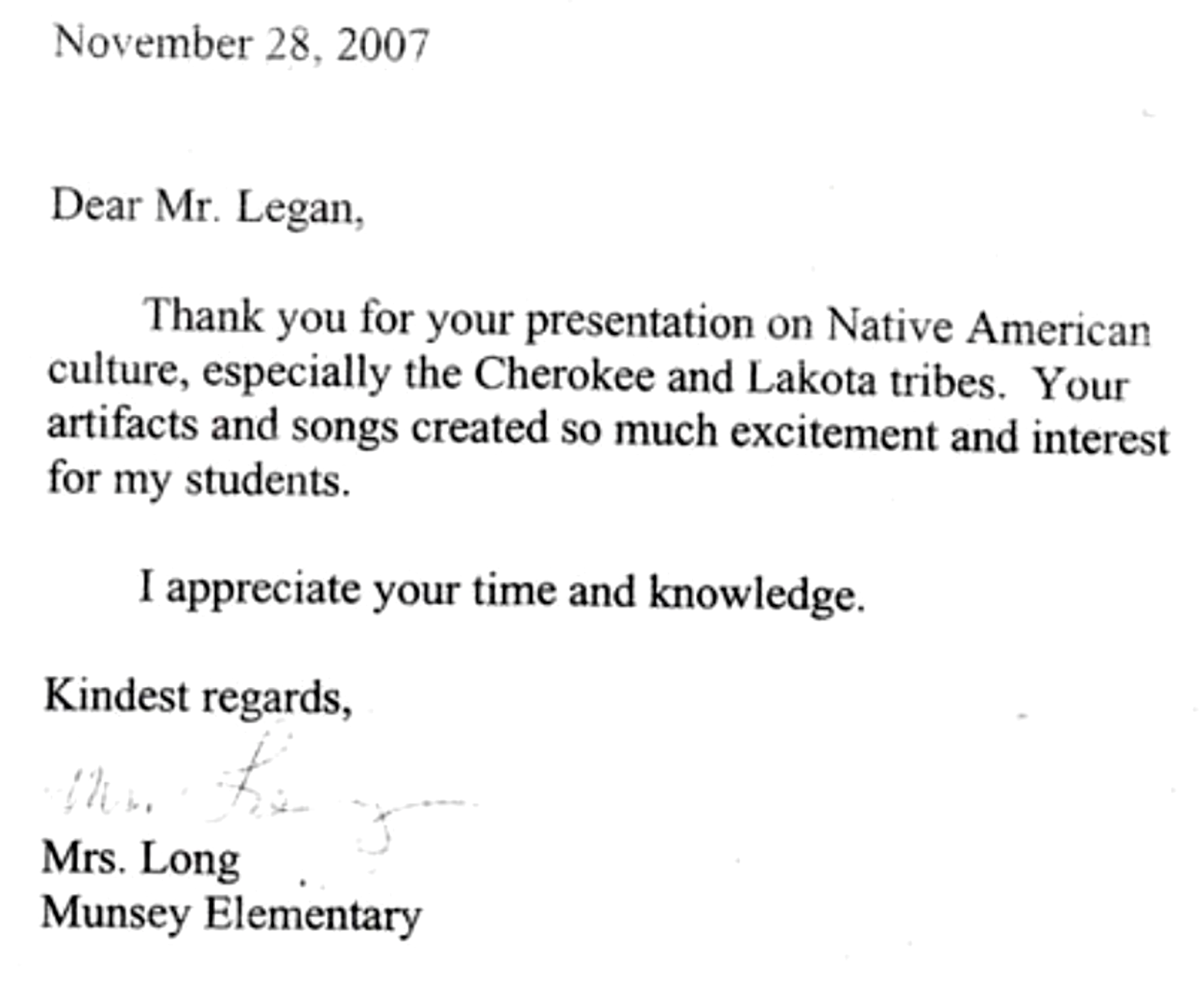 Here is the patch he wore with the 9th Infantry during his training: 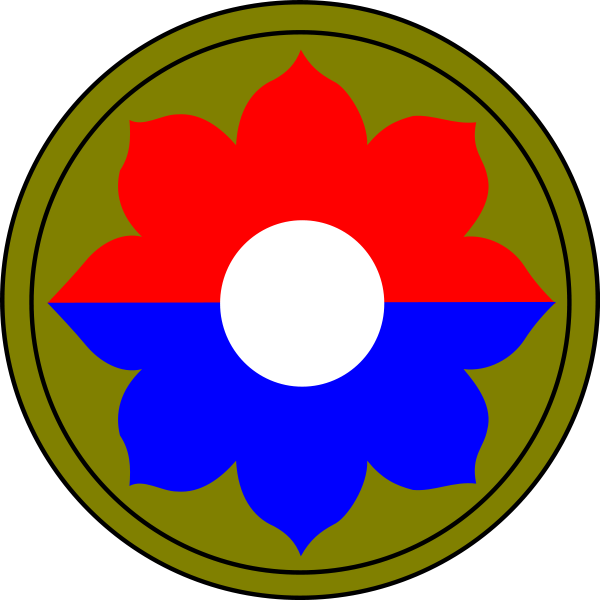 View Some Awards & Recognition in His Honor

Scroll Down to Learn: